Knowledge and Resources / Buying a property in France 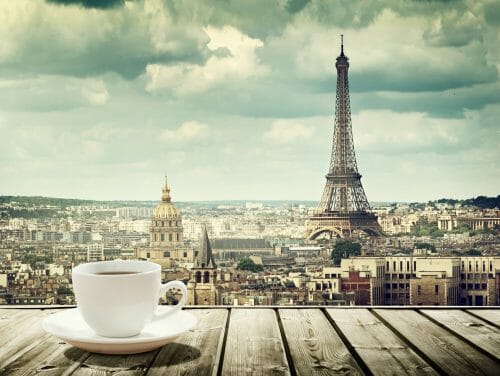 Principles applicable in French property law go back to the declaration of human and citizens’ rights in 1789 “the right to property is an inviolable and sacred right, that no one can be deprived of …”

In addition to protecting property owners, the French legal system has, over the years, added a number of laws designed to protect the buyer and, as such, creates a very safe and heavily regulated purchasing environment.

After a property has been found and a purchase price has been agreed, the vendor and the buyer must sign an initial contract – known locally as the Compromis de Vente. In some cases, this document will be a standard contract held by a French estate agent; however, it can also be drawn up by an official of the government – referred to in France as a Notaire.

Once the Compromis de Vente has been signed by all parties, a seven-day cooling-off period begins. During this seven-day period, the buyer has the opportunity to withdraw from the purchase. After the cooling-off period has ended, the transaction becomes legally binding, and significant penalties are payable if either party should withdraw from the sale.

A conditional clause can be added to the Compromis de Vente stating that the purchase is subject to the mortgage application be approved by at least one lender.

A deposit of at least ten percent of the purchase price will normally be required – although it will remain in escrow with the notaire until the transaction completes successfully. In the event that a mortgage application is not approved, the compromis de vente becomes void and the deposit is refunded.

Role of the Notaire

The involvement of a notaire in real estate transactions is a legal requirement in France. He is a public official who has a monopoly over conveyancing. One notaire can be appointed to oversee the entire transaction; however, both the vendor and the buyer can appoint their own. The notaire will oversee all aspects of the sale to ensure all applicable laws are adhered to and that all taxes are paid. The notarial profession is strictly controlled by statute owing to the delegation of public authority. The profession is also monitored closely by its peers and if necessary by the judicial authorities.

A notaire will typically charge between six and eight percent for their services, and all fees are payable on completion of the sale. For the most part, notary fees are taxes set by the Government.

The average timescale for completion of the various searches and legal checks – undertaken by the notaire – is three to four months. A meeting will then take place between the buyer and vendor – or parties nominated to represent them by proxy. The final deed of sale – known in France as the Acte de Vente – will be signed during this meeting, and the property’s ownership will finally pass to the buyer.

French Lifetime mortgage : an innovative financing solution for borrowers over 65

In France, lifetime mortgages are known as Prêts Viagers Hypothécaires. A French lifetime mortgage is a long-term loan secured on a French property.  Unlike a regular mortgage loan, you don’t make any monthly repayments as the interest builds up on your loan each year. A Lifetime mortgage does not need to be repaid before you

In the press : The New York Times

Great write up on House Hunting in France by Marcelle Sussman Fischler in the International Real Estate section of the The New York Times Glad that we were able to bring our small contribution.

Sale of a French property by a Non-Resident : Who needs to appoint a Fiscal Representative ?

Specific rules and regulations defining the requirement to appoint a Fiscal Representative when selling a French property are governed by CGI, article 244 bis A In summary, the sale by a non-resident individual of a real estate property located in France requires the appointment of a tax representative, except under the scenarios for dispensation set